Clockwise from Top left: “God Only Knows” – In a very emotional collaboration between two artists, this piece resonates with meaning for both, capturing nature, harmony, and the mystery of Divine Love; “In My Room” – Don’t we all long for a window opening onto our own private paradise? Someplace comfortable where we can escape and just be ourselves? That feeling was what Wilson wrote about in the song “In My Room” and Mackin perfectly captures; “Don’t Worry Baby” – This piece, like all of the pieces in the collaboration, is available in two sizes as a Limited Edition Fine Art Giclee on canvas, signed by both Brian Wilson and Mackin. It is almost impossible to look at this without hearing the soaring harmonies of Wilson’s classic hit; “Surfer Girl” – Just like the little surfer girl in the song makes his “heart come all undone,” Wilson says that this painting “knocks him out” because he loves it so much.

“God Only Knows” (A pair of dolphins swim past an island whose only visible structure is a church — the steeple of which is situated directly underneath a rainbow.) The inspiration for this was derived from Brian Wilson’s statement that when he was recording “God Only Knows” and the entire “Pet Sounds” album, “there was a spiritual feeling all around the recording studio.” When approaching the art, Mackin asked: How does a church appear on a remote paradise-type island alone like this? “Well, the end of the rainbow brings forth a spiritual miracle.” For both artists, life’s questions are answered with “God Only Knows.”

“In My Room” (A window with billowing curtains opens onto a gently rolling sea while a tropical island beckons in the distance.) The song “In My Room” was one of Wilson’s early classics co-written with Gary Usher. As the lyric says, “There’s a place where I can go and tells my secrets to — in my room, in my room.” This is paradise as seen from that room.

“Surfer Girl”(A surfboard and two palms grace the foreground. An ersatz clothesline is strung between the palms allowing a bikini, T-shirt, shorts, and towels dry in the tropical warmth.) “Surfer Girl” is another early Wilson classic. According to the collaboration brochure, when Wilson and Mackin were collaborating on this piece, they discussed the perfect wave, a surfer girl hanging up her swimwear, kicking off her flip-flops, standing up her board, and heading out for a swim. Mackin feels that this may be the most perfect wave that he has ever painted. And, when Wilson saw the finished painting, he commented, “Surfer Girl knocks me out. Man, I love it.”

“Surfin’ USA” (not pictured) is geographically specific and dear to the heart of any native Southern Californian. The artistic interpretation of one of Wilson’s earliest classics, this painting actually incorporates all of the beaches mentioned in the song. According to Mackin, the beach location featured in the painting is San Clemente, California — the other locales are represented on signs on the signpost. The red and white surfboard and the blue and white starred towel represent the USA.

After the initial success of the collaboration, a fifth piece, “Don’t Worry Baby,” was added to the portfolio.

“Don’t Worry Baby” (A tiki bar faces the ocean. An empty Corona and a spilled margarita sit on the bar, a bikini and towel — or, are they swim trunks — grace the backs of the bar chairs.) According to the collaboration brochure, this interpretation is one of Wilson’s most beloved songs, which was co-written by Roger Christian and originally released as the B-side of “I Get Around.” It is also on the Rock and Roll Hall of fame’s 500 Songs that Shaped Rock and Roll list.

“Working with Brian is amazing,” says Mackin. “He has a reputation for ‘not being with it or whatever.’ Let me tell you, that’s not so. He doesn’t miss a thing. He catches everything and more. He is a true genius.” And one who shares Mackin’s vision of paradise.

And Wilson isn’t the only one. Mackin is one of 29 artists in the world to have a Disney License. This means that even that famous mouse wants to visit those beautiful beaches and turquoise waters — and that is saying something because Disney is very protective of their copyright.

“Apparently Kenny Chesney was on TV the other day filming something in his house,” says Mackin. “And he invited the camera into a room, filled with my paintings and said, ‘This is my favorite artist, Dan Mackin.’ I didn’t see that myself,” Mackin continues, “But I’d love to work with him.”

So, if Kenny Chesney happens to be reading this, please contact us. There will be great things in store for you.
Mackin believes in spreading the ethos of paradise here on earth. Through his artwork, he has raised over a million dollars for the National Kidney Foundation of Florida. He has also raised thousands of dollars for dozens of other local and national charities, including the Ron Jon/National Kidney Foundation Pro-Am Surfing Festival, for which he designed the poster.

Locally, his commissions include the Palm Beach Convention Center, The Cleveland Clinic, as well as the offices of numerous doctors, dentists, attorneys, accountants, and other professionals. His works also grace the walls of The Maui Convention Center, The Sheraton Waikiki, Sandals Resorts, and the Todan Art Museum in Tokyo.

As a graphic artist, his work has decorated the Quiksilver Waimea Bay Contest Poster. He has also designed labels for California vineyards, as well as for Shoal Draft, the Indian River Brewing Company’s microbrew.

In 2015, he won the Outstanding Visual Arts award for Martin County.

His art is carried in galleries throughout Florida — including three at Disney World and one in Key West. However, “in Jupiter my work is in the Profile International Art gallery on the corner of US-1 and Indiantown,” Mackin explains. “Of course, I also accept commissions."

For Dan Mackin, paradise is a place and an attitude — found through collaboration and artistic harmony.

“Everyone, at some time in their life, yearns to find their own peaceful paradise and escape from the demands of today’s hectic world,” Mackin says describing his artistic credo. “I offer viewers their own tropical paradise, embody my desire to preserve Earth’s fragile beauty, and encourage the harmony that exists between people and nature.”

Whether his “canvas” actually is canvas, or a surfboard (such as the one on his easel at the time of my visit), or tiles, or something else entirely, Mackin is certain to capture the essence of paradise.

In fact, his fine art collaboration with Brian Wilson, yes, that Brian Wilson of The Beach Boys fame, is called “Paradise.”​ 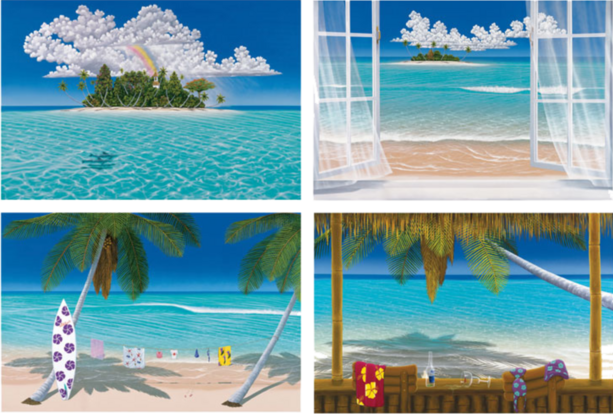 JUPITER, FL  [article from the InJupiter Magazine] – The painted surfboard is propped on an easel, which stands in front of a floor-to-ceiling wall of windows. On closer inspection, the windows are, in actuality, a sliding glass door that leads out onto a staircase, down to a landing and the waterway below. Just north of Jupiter, the view is tropical and lush, a freshwater version of the beach scenes for which he is so beloved.

“Sometimes a mama manatee and her calf will come swimming past,” Dan Mackin says. “This really is a special place.”

Mackin knows a little something about special places. He is a world-renowned artist famed for painting scenes from his exotic trips in the Caribbean, South Pacific, Asia, and the Amazon River rainforest — where he spent time working as a tour guide.

The view from his studio windows; however, is particularly inspiring. From the mesmerizing flow of the water below to the gentle brush of the leaves on the windows, there is a play of light and color that is as warm and calming as the man himself. 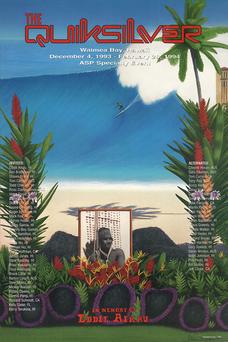 It is only fitting that an artwork depicting Mickey Mouse on a tropical vacation would be turned into a surfboard. “Disney made a limited number of these boards available for sale at their stores and theme parks, worldwide,” Mackin says.

The collaboration between the two artists is a magical story that started — where else — on a beach.

Mackin begins telling the story: “It was September 10, 2001 and I was just finishing a tour with Wyland [NOTE: Mackin is also a Wyland featured artist] in Kauai, Hawaii. We were scheduled to leave in the morning, but as fate would have it, we were stuck there for one week.”

It happened that the CEO of Wyland was also the publisher of ARA, the company that owns Capital Records and the publishing rights to the lyrics of many beloved songs. Over the course of the week, one talk led to another, and Mackin, the artist who grew up surfing in Southern California and is a member of the Surfing Hall of Fame was asked to consider illustrating the lyrics of another famous California surfer boy — Brian Wilson.

Wilson was one of the founding members of The Beach Boys. “His album ‘Pet Sounds’ is such a classic — it pushed The Beatles forward and actually inspired ‘Sgt. Pepper’,” Mackin describes his admiration for Wilson, a fellow native Southern Californian who grew up on the same beaches at roughly the same time.

“Well, when we flew home, it happened that Brian Wilson was performing a concert that next week, at Disney World. He was performing a special nighttime concert for kids who are allergic to sunlight — he does things like this all the time. He is such a kind, generous, thoughtful man, in addition to being the closest thing to Mozart living today,” Mackin continues.

Mackin arranged to drive from his home, which is just north of Jupiter, to Orlando to meet with Wilson’s wife, Melinda.

“She saw my art and the initial drawing that I had done. She gave me the go-ahead to illustrate the lyrics. She said, ‘We want you to fly out to L.A. and meet with our attorney we’ll have the contract drawn up’.”

Mackin prepared some paintings and flew to Los Angeles, for the meeting with the attorney, followed by a meeting — finally — with Wilson himself.

The success of the project would depend on Brian Wilson’s opinion. What would he think of Mackin’s interpretations of his lyrics?

“We’d been given his address and pulled up to the guard shack and were just praying that it would work,” Mackin relates, his hands forming a steeple to punctuate his nervous memory.

“It did,” he laughs, “And we proceeded to drive down the longest driveway. Then, we got to the end of the drive, and there he was, standing outside to greet us, along with Melinda, their family, their staff, the pets — it was an awesome welcome. And it was Brian. Wilson. Just incredible.”

But the hospitality didn’t negate the fact that it was also time to show the art. What would he think?

Mackin unveiled the pieces, one by one. And Wilson was silent. And then he started to cry.

“He turned to me and said, ‘You’ve caught them exactly. THESE are my songs.’ Melinda later told me she’s never seen him so emotional.”

What do you do when the man who is arguably this generation’s Mozart tells you that you’ve visually captured what he hears in his head?

First, you get emotional yourself. Then, you form one of the most successful artistic collaborations in recent memory.​ 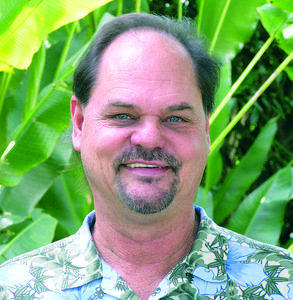